What is the material of the high efficiency filter?

Recently, the pneumonia caused by the new coronavirus has caused widespread social concern, and researchers are also working hard to develop vaccines to fight the epidemic. How to isolate the virus in biological laboratories that require a high-clean environment? The high-efficiency filter is the key, let Xiaobian lead you to see how it keeps the virus out.

First of all, we need to know the working principle of the high-efficiency filter: the dust particles in the air move with the airflow through inertial motion or irregular Brownian motion or under the action of some kind of field force. Van der Waals forces (which are the forces between molecules and molecules, molecular clusters and molecular clusters) make the particles stick to the fiber surface. Among them, there are five main functions of the filter layer of the high-efficiency filter to capture particles:

1.) Interception effect: When a particle of a certain size moves to the vicinity of the fiber surface, the distance from its centerline to the fiber surface is less than the particle radius, and the dust particles will be intercepted by the filter material fiber and deposited.

2.) Inertial effect: When the mass of the particles is large or the speed is large, they collide on the surface of the fiber due to inertia and deposit. Particles larger than 0.3 microns are mainly used for inertial motion. The larger the particle, the higher the efficiency. When the large particle dust encounters the disorderly arranged fibers, the airflow changes direction, and the particles deviate from the direction due to inertia and hit the fibers and are bonded. The larger the particle, the easier it is to hit, and the better the effect.

5.) Electrostatic effect: Both fibers or particles may be charged, and the electrostatic effect that attracts particles causes the dust to change its trajectory and hit obstacles, while attracting particles to the fiber surface and sticking more firmly. Note that the resistance remains unchanged after the material is charged with static electricity, and the filtering effect will be significantly improved. However, static electricity does not play a decisive role in the filtering effect, but only plays an auxiliary role.

Because the Hepa Filter Media Fiber glass Paper needs to effectively intercept dust particles without causing excessive resistance to the airflow. In order to achieve good filtration efficiency, the number of fibers in the filter medium should be as large as possible, and in order to reduce the airflow resistance, the fiber material should be as small as possible, so the glass fiber material stands out and becomes the main filter material of the high-efficiency filter.

The dust entering the glass fiber has more chances to hit the fiber, and it will be stuck when it hits. The smaller dusts collide with each other and will bond to each other to form larger particles and settle down. This is the reason why the high-efficiency filter fades indoors and walls. So it is wrong to treat HEPA filters like sieves.

It is worth noting that the diameter of most viruses is extremely small (within 100 nanometers), and the diffusion effect of Brownian motion alone is not enough to directly filter viruses. (0.5-12 microns) to spread, the diameter is more than 0.5 microns, and the H13 high-efficiency filter filters particles with a particle size of 0.3um or more, and the efficiency is more than 99.95%. Enough to keep the air in the laboratory clean. To put it simply, the purpose of the filter is to intercept particulate matter, and the virus is transmitted by attaching to the carrier of the particulate matter, and intercepting the particulate matter is intercepting the virus. At present, operating rooms, biological laboratories, and virus laboratories all use filters to filter viruses.

When more dust is deposited on the filter material, the resistance is greater, and the filtration efficiency of the filter layer also decreases. When the resistance reaches a certain level or the efficiency drops to a certain value, the high-efficiency filter needs to be replaced in time to ensure purification and cleanliness. degree requirements. Sometimes the dust trapped on the filter material will be scattered due to the excessive resistance. When this happens, the life of the air filter will also end, and a new air filter needs to be replaced. 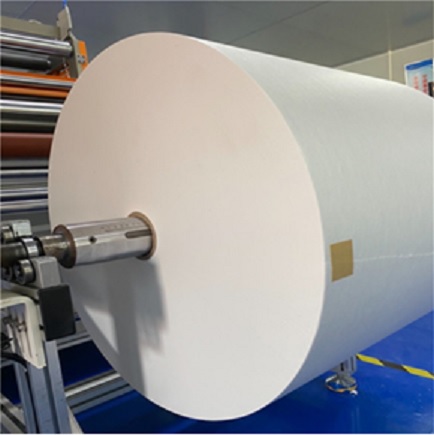 NEXT : Installation process and usage of FFU fan filter unit?