What is the filtration principle of the air filter?

The filtration principle of the air filter separates the liquid water and liquid oil droplets in the compressed air, and filters out the dust and solid impurities in the air, but cannot remove the gaseous water and oil.

Mechanical filtration generally captures particles in the following three ways: direct interception, inertial collision, and Brownian diffusion mechanism. It has a good collection effect on fine particles but a large wind resistance. In order to obtain high purification efficiency, the filter element needs to be dense and regularly replaced.

Adsorption is to use the large surface area and porous structure of the material to capture particulate pollutants, which are easy to block, and the removal effect of gas pollutants is more significant.

Electrostatic precipitation is a dust collection method that uses a high-voltage electrostatic field to ionize the gas so that the dust particles are charged and adsorbed on the electrode. Although its wind resistance is small, it has a poor effect on collecting larger particles and fibers, which will cause discharge, and it is troublesome and time-consuming to clean. Ozone is produced and secondary pollution is formed.

Electrostatic electret filtration effectively blocks particulate pollutants in the air, such as dust, dander, pollen, bacteria, etc. At the same time, the ultra-low impedance ensures the stable operation and cooling effect of the air conditioner.

Traditional standard filter media are very effective at removing particles above 10 microns. When the particle size of the particles is divided to 5 microns, 2 microns or even sub-microns, high-efficiency mechanical filtration systems become more expensive, and the wind resistance will increase significantly. Filtered by electrostatic electret air filter material, high capture efficiency can be achieved with low energy consumption, and at the same time, it has the advantages of electrostatic dust removal and low wind resistance, but no external voltage of tens of thousands of volts is required, so no ozone is generated, and because Its composition is polypropylene material, which is very convenient for disposal.

The dust particles in the air move with the airflow through inertial motion or random Brownian motion or under the action of a certain field force. forces between molecular clusters) that cause the particles to stick to the fiber surface. The dust entering the filter medium has more chances to hit the medium, and it will be stuck when it hits the medium. When smaller dusts collide with each other, they will bond with each other to form larger particles and settle, and the particle concentration of dust in the air is relatively stable. The fading of the interior and walls is for this reason.

It is a mistake to think of a fiber filter like a sieve.

The particle dust makes inertial motion in the airflow. When encountering the disorderly arranged fibers, the airflow changes direction, and the particles deviate from the direction due to inertia and hit the fibers and are bonded. The larger the particle, the easier it is to hit, and the better the effect.

Small particles of dust make random Brownian motion. The smaller the particles, the more violent the random movement, the more chances of hitting obstacles, and the better the filtering effect. Particles smaller than 0.1 microns in the air mainly perform Brownian motion, and the particles are small and the filtering effect is good. Particles larger than 0.3 microns are mainly used for inertial motion, and the larger the particle, the higher the efficiency. Diffusion and inertia are not so obvious that the particles are the most difficult to filter out. When measuring HEPA performance, people often specify the most difficult dust efficiency values ​​to measure.

After the free molecules contact activated carbon, they condense into a liquid in the micropores and stay in the micropores due to the capillary principle, and some are integrated with the material. Adsorption without obvious chemical reaction is called physical adsorption.

Some treat activated carbon, and the adsorbed particles react with the material to generate solid matter or harmless gas, which is called chemical adsorption.

During the use of activated carbon, the adsorption capacity of the material is constantly weakened, and when it weakens to a certain extent, the filter will be scrapped. If it is only physical adsorption, heating or steam fumigation can remove harmful gases from activated carbon and regenerate activated carbon. 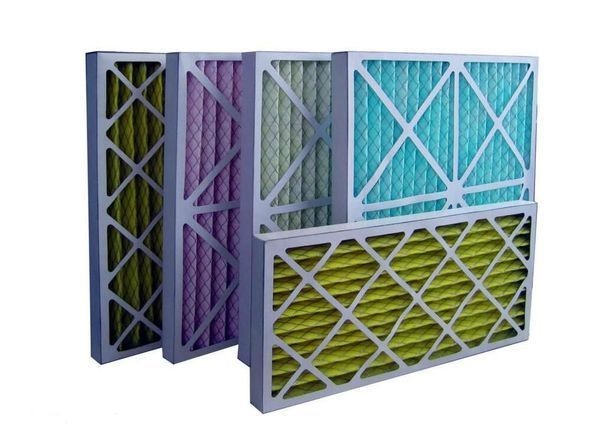 PREV : What is filter cotton?

NEXT : What are the application fields of filter cotton?