What are the advantages and effects of photocatalyst purification principle?

Photocatalyst is a white milky or transparent liquid. The basic principle of photocatalyst comes from a photocatalytic effect of nano-titanium oxide under light irradiation (ultraviolet or visible light). When using, a special spray gun should be connected to a high-pressure air pump to spray the liquid on the wall or furniture surface. The photocatalyst is a quick-drying type. After spraying, a colorless and transparent coating film is formed on the surface of the object. The coating film is photochemically activated by light to remove harmful gases in the air (formaldehyde, benzene, ammonia, TVOC, etc.) Decomposes into harmless carbon dioxide and water, which are discharged outdoors with the flow of air. To achieve the effect of purifying indoor air and killing bacteria and viruses. As long as there is light, the above decomposition reaction will continue, and the service life can reach 3 to 5 years. One construction, long-term solution to indoor air pollution and disinfection, is currently the most ideal material for indoor environmental pollution control and antibacterial disinfection in the world. Activated Carbon panel filter is a filter using photocatalyst purification principle. How to choose a suitable Activated Carbon panel filter supplier is also extremely important.

Photocatalyst can generate free electrons and holes under the irradiation of sunlight or light (ultraviolet rays), and through the reaction of oxygen and water molecules in the air, hydroxyl radicals and reactive oxygen species with strong oxidizing ability will be generated, so it has Strong photo-redox function. Harmful organic substances, pollutants, odors, bacteria, etc. are immediately oxidized and reduced to harmless substances (carbon dioxide, water and oxygen) after being adsorbed by active oxygen.

Bacteria are composed of organic compounds. Photocatalyst can not only eliminate or reduce the vitality of bacteria, but also conquer bacteria and outer cells, penetrate the cell membrane, destroy the cell membrane structure of bacteria, and completely kill bacteria. Placing photocatalysts in hospital wards, operating rooms and places where cells are concentrated can effectively kill bacteria and prevent infection. Tests in the operating room of the ward show that after using photocatalyst, the number of bacteria in the air can be reduced by about 90%, and it has the effect of purifying the air.

The Advantages of Photocatalyst

Approved by the U.S. FDA Food Inspection Center, titanium dioxide is a safe substance and does not harm the human body. It is widely used in food, daily necessities, cosmetics, medicine, and aquaculture. In Japan, it is designated as one of the food additives by the laws of the Ministry of Health and Welfare, and it is absolutely safe for the human body.

Modern people live indoors for a long time. According to statistics, there are at least 5,000 kinds of carcinogens hidden in the room. There are many types of organic gases that need to be sterilized, decomposed and harmful to health in the existing living environment. In terms of technology, photocatalyst is the most effective solution to harmless inorganic substances that endanger the human body, and it is the nemesis of allergies and harmful bacteria. For example, volatile organic gases such as dichlorobenzene, toluene, and xylene are the main invisible killers of indoor pollution. Titanium dioxide, on the other hand, is good at breaking down such substances.

Due to the quick-drying and water-soluble properties of the photocatalyst stock solution, it can dry quickly and become a water-insoluble substance after construction. And within ten days of application, the hardness equivalent to a pencil 4H can be achieved. Without artificial grinding force, it will not fall off easily. Once constructed, environments such as bathrooms can be used as usual. Since photocatalyst (titanium dioxide) is a non-toxic and stable inorganic material, it does not participate in any decomposition reaction of sterilization and deodorization, but only exists as a reaction medium, so it is consumed and attenuated by time itself. In sunlight, the light in fluorescent lamps, the above reaction can last forever without spending special money. Therefore, the building materials such as walls and ceilings constructed by photocatalyst will remain permanent as long as they are not replaced. The test results of the Institute of Microbiology of the Chinese Academy of Sciences and the Chinese Center for Disease Control and Prevention have shown that photocatalyst titanium dioxide can oxidize and decompose various organic compounds and some inorganic substances, can destroy the cell membrane of bacteria and solidify the protein of viruses, and can form permanent antibacterial protection on the surface of the material. The fouling coating film can achieve the purpose of sterilization and deodorization (indoor decoration poisonous gas), anti-fouling and self-purification. 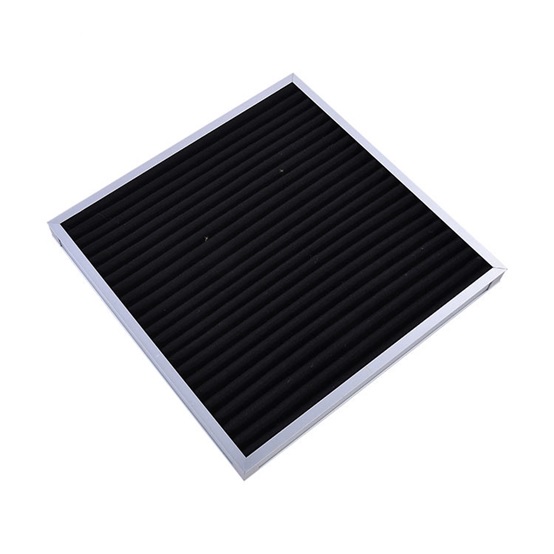 PREV : What is the principle of photocatalyst purification?

NEXT : Advantages and disadvantages of photocatalyst activated carbon air purification?