Air purification Activated Carbon Panel Filters is made of high-quality wood or coconut shell. Through deep activation and unique pore size adjustment process, activated carbon has abundant pores, and the size of the pores is slightly larger than that of toxic gases. The specific surface area is >1300 square meters / gram. Formazan, ammonia and other toxic and harmful gases have high-efficiency adsorption capacity, which can effectively remove gaseous pollutants and harmful odorous substances in indoor air, thereby achieving the purpose of reducing pollution and purifying the air.

1.) Generally speaking, the price of air-purifying activated carbon is very moderate, which is determined according to the number of batches of consumers. The more you order, the more discounts. It is an economical and practical item.

2.) Air purification activated carbon is based on Activated Carbon Panel Filters with chemicals added, so the adsorption is stronger. It is currently the most mature, safest, most reliable method and the most types of absorbed substances.

3.) Wide range of applications, not only for air purification, but also for the classification and purification of various gases

1.) Air purification activated carbon (Activated Carbon Panel Filters Manufacturer) can remove part of the odor and adsorb the polluted air, but not all. For example: after the new house is renovated, the odor-causing substances are slowly released into the air over time, and this is sometimes released after a year. Air purification activated carbon adsorption will reduce the concentration of these odor-producing substances, and remove the strong odor faster, but it is impossible to completely remove the odor.

2.) There is a limit to the adsorption of activated carbon for air purification. If one gram of activated carbon can absorb one gram of organic matter, then tens of grams or hundreds of grams of carbon can absorb so many odorous substances, which is far Not enough to get rid of odors in the home. What’s more, activated carbon not only adsorbs these odor organic substances, but also adsorbs moisture in the air. Therefore, a small amount of activated carbon is useless for removing the odor in a large area of ​​the room after renovation. A small amount can only be used in small spaces such as refrigerators, shoe cabinets, and wardrobes. In large spaces, it can be filled under the floor and scattered in the workshop and room. Under normal circumstances, it needs to be replaced every three months.

3.) It is simply unrealistic to rely on activated carbon for treatment in a short period of time. Generally speaking, the pure use of activated carbon in the three seasons of spring, summer and autumn should be combined with ventilation for 1-2 months according to the ventilation and pollution conditions. It must be used in combination with some formaldehyde scavenger products for pollution sources.

1.) In addition to purifying the air, it can also filter out the emission of formaldehyde, benzene and harmful gases such as cigarettes and oil fume remaining in the air, and remove various odors in the room.

2.) It is used for the purification of carbon dioxide gas and hydrogen, nitrogen, hydrogen chloride inert gas and the classification and purification of mixed gas in the pharmaceutical industry and gas beverages.

How to use activated carbon for air purification

In principle, the more the amount of activated carbon used for air purification, the better, its use is proportional to the harmful gases absorbed, especially if there are pregnant women, children and the elderly at home. However, we should also consider the most suitable amount of activated carbon for air purification from an economic perspective. The dosage should neither be too small nor too much. If the dosage is too small, the contact area with the air is small, the adsorption speed is slow, and the effect of deodorization is not obvious.

2.) Maintain ventilation so that the larger the contact area with the air, the better.

Activated carbon is a passive purification material, and its adsorption of harmful substances in the air must rely on air as a medium, but the indoor air mobility is poor, and it is difficult for activated carbon to capture harmful substances in the air with a long distance in a short time. Therefore, good ventilation conditions It will be better to use.

Try to make the contact area between activated carbon and air as large as possible. If the outer packaging of activated carbon is too tight and the air permeability is too poor, there will be no obvious effect. material, although the appearance looks better, but the effect will not be good.

3.) The placement location and height are appropriate

The place of placement is the source of pollution and the place where people often move. Place the activated carbon adsorption bag directly in the cabinets of wardrobes, shoe cabinets, bookcases, kitchen cabinets, etc. in the living room; beside computers, desks, coffee tables, sofas and other places where people often move, and other places that need to purify the air.

It is better to place the space height within 180 cm. Indoor harmful gases, taking formaldehyde as an example, its specific gravity is greater than that of air, so the pollutants in the middle and lower parts of the indoor space are more serious. This height is equivalent to the height of the human body, so it is a suitable height. 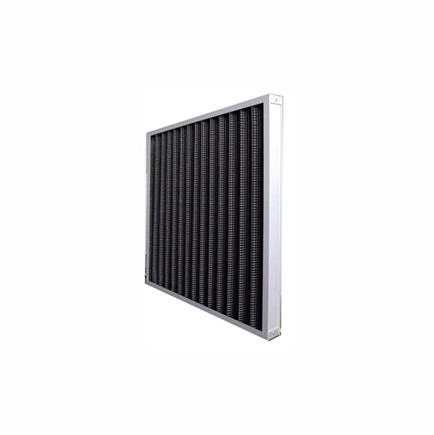 PREV : What are the advantages of a W-type air filter?

NEXT : What are the advantages of high temperature air filters?