How does the FFU air purifier used in industry work?

In industrial production, FFU air purifier is also a very widely used equipment. Its main function is to plot some peculiar smell and dust pollution in our workshop. Today, the editor of Shanghai SFFILTECH FFU air purifier manufacturer introduces the industry.

The working principle of the FFU air purifier used:

It absorbs dust particles with a relatively large diameter and plays a role of pre-filtering. The filter can be cleaned.

It can produce high-energy ions, hydroxyl radicals, decompose and destroy the molecular structure of chemical odors, and efficiently remove odors.

The FFU air purifier has a large purifying air volume, 6000 cubic meters per hour. It breaks through the technical bottleneck that most of the air purification machines on the market have been unable to solve for the continuous emission of air pollution, workshop odors, and especially organic pollution. Possess a powerful system for removing indoor air pollution. And unique simulation design, air volume setting mode.

A. Through the ultra-micro atomization device, according to the principle of volatile natural plant extracts to deodorize, equipped with a deodorizing working fluid water tank, which effectively removes the non-methane total hydrocarbons such as ketones, alcohols, and benzene produced in the workshop, and degrades VOC toxic chemicals Substance, neutralize peculiar smell gas.

B. Built-in ultra-micro atomization device has the function of humidification to meet the winter and summer workshop craftsmanship and reduce the damage of static electricity.

The FFU air purifier uses a unique HEPA (High efficiency particulate air Filter), which means high efficiency air filter in Chinese, a filter that meets the HEPA standard, and a built-in HEPA high efficiency filter. It has a diameter of 0.3 microns (1/200 of the diameter of a hair) The above particle removal efficiency can reach more than 99%. Some odors such as smoke, dust and bacteria are often attached to dust particles, and 99% of floating particles above 0.5 microns (bacteria, mite corpses, dust particles, etc.) are removed, and bacteria on the dust are filtered to quickly refresh the indoor air in the factory workshop.

The patented FFU air purifier is equipped with a specially designed high-radiation intensity C-band ultraviolet lamp and nano-photocatalyst, which illuminates the flowing air and catalyzes the photocatalyst. Various bacteria, viruses, and other pathogens in the gas are exposed to a certain dose of irradiation Afterwards, the DNA structure in its cells is destroyed, thereby killing bacteria and viruses in the gas without using any chemical substances. At the same time as sterilization, the purification system can continuously remove harmful chemicals and odors in the air. Effectively prevent air pollution caused by volatilized aromatic hydrocarbons, ethers, alcohols and other organic substances such as inks and fountain solutions in the printing workshop, especially for toluene, xylene, acetone, methyl ethyl ketone, methanol, ethanol, isopropanol, ether Chemical organic compounds such as odors, aromatic hydrocarbons, inks, epoxy resins, etc. have a stronger removal effect, thereby purifying the air in the workshop, and also providing a healthy and clean working environment for workers. 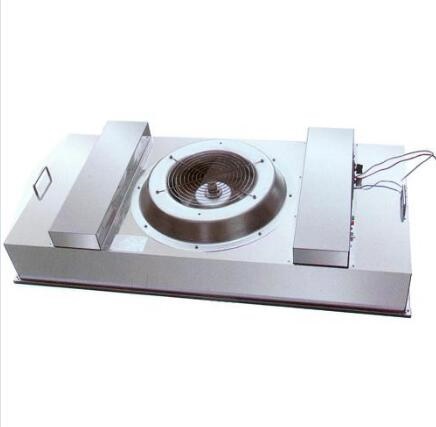 PREV : What problems should be paid attention to when choosing a flat filter?

NEXT : What are the common types of air filters in the industry?